Success Road: The final Road to Success for Family Businesses 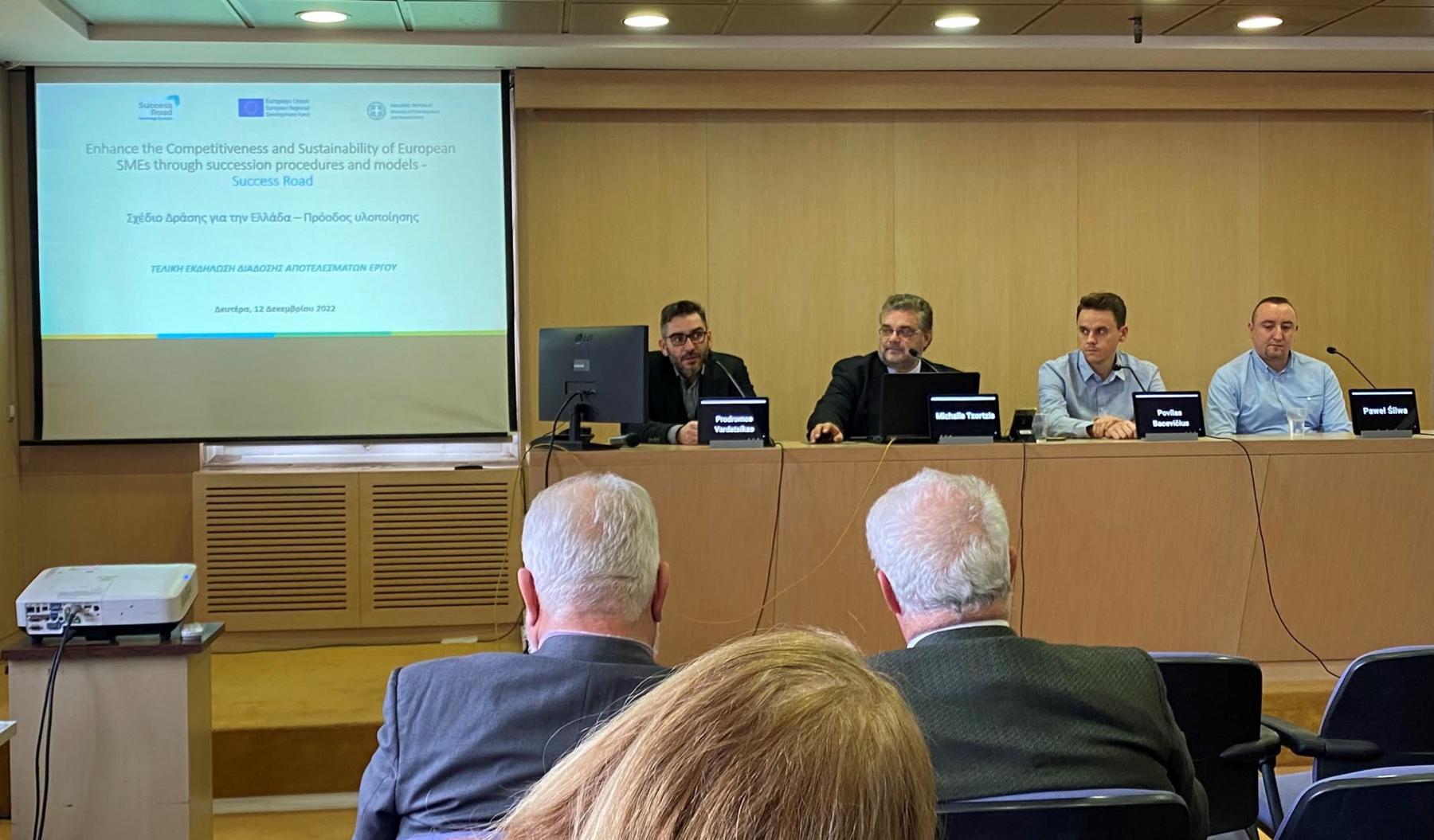 Last month, the Interreg Europe Success Road project outputs were presented in an international event hosted by its lead partner, the Hellenic Ministry of Development and Investments – General Secretariat of Industry hosted in Athens.

The four-years project implemented by a partnership of public and private authorities from Poland, Spain, Lithuania and Greece, has contributed to define a better framework of policy supporting measures for the succession of family businesses.

During the event, the partnership was given the opportunity to present the major outcomes achieved during the project and the new initiatives that were planned, which are expected to enhance the competitiveness and sustainability of European SMEs through succession procedures and models.

You can read the full press release HERE!

The European Commission’s support for the production of this publication does not constitute an endorsement of the contents, which reflect the views only of the authors, and the Commission cannot be held responsible for any use which may be made of the information contained therein.